help.sitevision.se always refers to the latest version of Sitevision

This is a tip on using synonyms for the user index.

A search for andy gives no hits! This can be adjusted by the use of synonyms!

Log in as System user, go to the Server item and the Social profiles panel. Tick Use synonyms and add the nicknames relevant to your website.

A nickname per row according to the pattern: <nickname>, <real name> 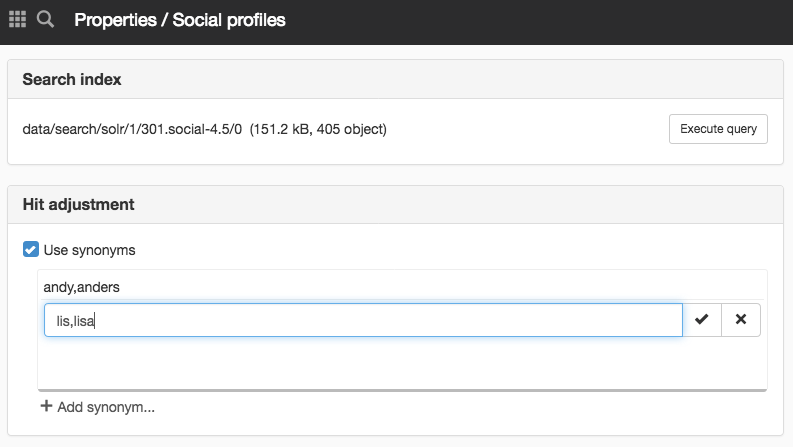 Examples of how nicknames are added as synonyms

For synonyms to take effect when searching, you need to save all your changes and then the index needs to be updated.

To save, click on the tick to the right of each synonym, then OK . Then start a reindexing of social profiles.

Once the information in the index is updated, you can search for the nicknames that you added as synonyms. 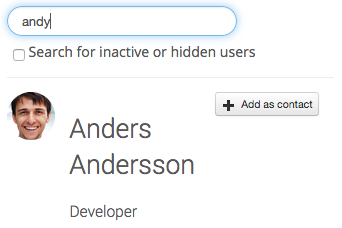 This tip should be considered an example for inspiration, not something that should be implemented in all organisations. If you have many users who, for example, are called Magnus in the organisation, it is unlikely that everyone is known as Mange.

Print page
Did the information help you?